Wikinomics – How Mass Collaboration Changes Everything 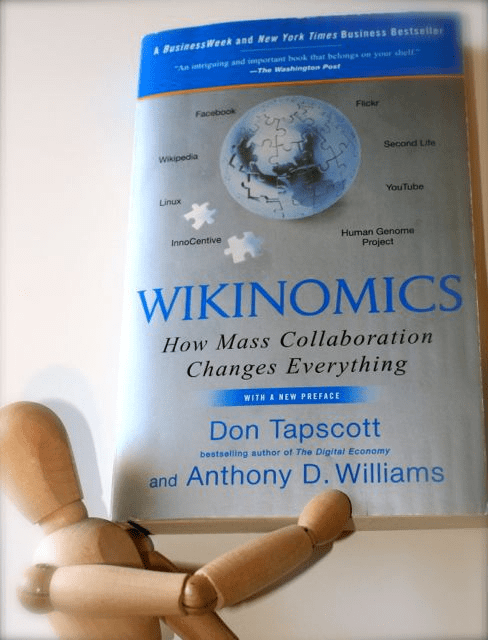 You know when a book is outdated when it mentions MySpace as the leading Social Network, and makes short references to Facebook.

This book was once very relevant, but now it is so outdated that I wouldn’t recommend its read unless it undergoes a major review. Time has only made this subject even more relevant, and understanding it is a requirement for leveraging the gigantic cognitive surplus out there in favor of a cause or a business. Although most of the books concepts are still current, it was written in a totally different context than today’s reality.

In 2006, when this book was first published, Social Networks and Open Source were the trending subjects world wide. It was definitely a remarkable revolution, but that influence have strongly shaped the format of this book. The authors strongly advocate open sourcing any and all software or businesses models! By the time the book was written, the best example of Open Source Office Suite was OpenOffice.

In an ever connected world, with the Cloud becoming ever more omnipresent, desktop applications that you need to download and install in your computer are quickly becoming limited and irrelevant. Replaced by cloud apps like Google Docs, users can leverage the same usual benefits with the added bonus of not having to make backups, sharing documents easily and co-editing the same file with several people at the same time. Other Open Source software are meeting the same fate, being replaced by Cloud based apps that are free, or with a marginal cost of zero, but that are not Open Source. I don’t think this trend is going to be reversed at any point, but I don’t think that Open Source is going to die either. Just saying that the future envisioned in this book is clearly not going to happen at all, thus, rendering it even more irrelevant of a read these days.

Book was very current and relevant at the time of publishing, and by then I would have definitely recommended its read. Not the same today. Go read Cognitive Surplus instead, until this book doesn’t get a new revised edition.