Should I start saving for my neuralink implant? 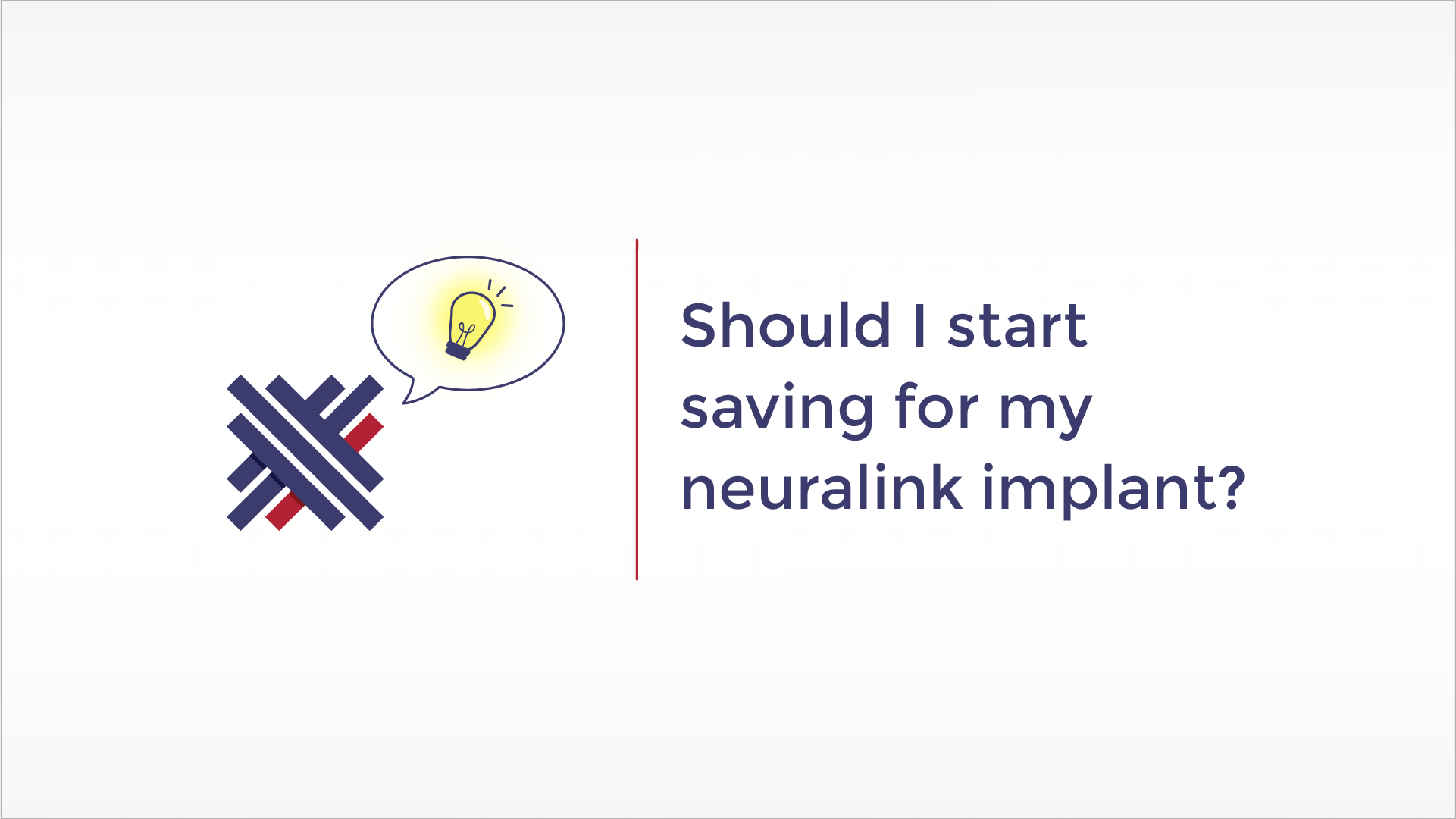 In this week’s Exponential Chats, some of the team members responsible for Amalgam’s development will have a chat about the recently unveiled neuralink, a Brain-Machine interface developed by the company with the same name founded by Elon Musk. Whether or not you’re ready to cut a piece of your skull out to make space for this chip we believe that you’ll enjoy this discussion. Come join us and participate by asking questions or giving your opinion in the live chat.

– Adriano Marques is the founder and CEO of Exponential Ventures.
– Camilla Romero is a multidisciplinary Product Designer and talented Illustrator that gives life to our projects at Exponential Ventures.
– Harlei Vicente is a Senior software architect specialized in creating great experiences for the end user and optimizing interfaces for desktop and mobile.
– Rhuan Silva works as FullStack, DevOps Engineer and now he’s majoring in Big Data and Artificial Intelligence.
– Igor Muniz is a Data Scientist specialized in deep learning models and Kaggle competitor in his free time.
– Fernando Camargo is a Data Scientist with in-depth machine learning expertise and wide-ranging experience in software engineering.

Our Brain is the ultimate hardware. As Artificial Intelligence engineers we’ve been working hard to mimic the cognitive capacities of our brain, but we’re still far away from achieving its amazing capabilities. Brains consume an incredibly low amount of energy, have an incredibly long longevity, and very low maintenance that no other artificial computing system or processor currently available can match. And yet, we still know very little about how it works and how to replicate it. One of the reasons is that the brain is a blackbox and there are very few tools that we can use to acquire a limited idea of its inner workings. That is why we have the need to create tools to interface with the brain and acquire a better understanding of how it works, not just to be able to replicate its technology but mainly to be able to repair and improve it.

Brain-Machine Interfaces are not new. We’ve had them for several decades, and the most primitive form is the EEG or electroencephalography which consists of the use of electrodes attached to your scalp to detect electrical activity in different regions of your brain. The purpose of a Brain-Machine Interface, or Brain-Computer Interface as it is also known, is to give us the ability to connect our brains to computers such that a computer would be able to read the real time activities in the brain while also giving computers the ability to affect the brain by providing it with programmed stimuli. By reading directly from the brain, a computer is able to receive instantaneous commands through thinking processes as opposed to relying on speech or typing in order to receive those commands. Moreover, the computer is able to receive as input subconscious brain activities that we’re unable to express as commands or instructions, creating a new venue for humans to control machines.

By providing the brain with direct stimuli, the machine is able to respond to commands by directly causing the answer to be perceived in your conscience without the requirement of using any other sensorial system in the process. In theory, a computer could make you see without using your eyes, taste without using your tongue, smell without using your nose, and feel without touching you physically. It would also be able to transfer experiences, knowledge, and instructions at a much faster rate between humans and machines, and even between humans while using machines as intermediaries in the transmission process. The combination of reading and writing can also help patients bypass spinal cord injuries to regain complete control of their bodies. Anxiety, stress, and several psychological illnesses could be treated with such technology. And there is also the possibility of augmenting the human by adding different appendages, sensorial abilities, and even the ability to control other humans or animals through this technology.

Neuralink is a company founded by Elon Musk with the goal of creating a Brain-Machine Interface device that is seamless, easy to implant, and with an incredibly high precision that would allow for all of the above to become a reality. Last week, they unveiled a device called “The Link” along with a surgical robot capable of autonomously implanting the device in under 1 hour and without requiring general anesthesia. The ultimate goal is to have those robots distributed all over the world, allowing for massive implantation of the device at a cost comparable to lasik surgery. The unveil demonstrated a pig that has undergone the procedure of implantation and removal of the device, as well as pigs that still have one or more devices still implanted and fully operating.  There is still a long way to go with this technology, but it left us with a certainty that we’re closer than ever to the point in time in which we’ll be able to decide whether or not we want to have this implant and with a couple thousand dollars and a quick surgical procedure you’ll become an augmented human.

With that in mind, should I start saving for my neuralink implant?

This live episode will air on Thrusday, September 3rd 2020 at 1:00 PM CST. Here is a link to the live event on Youtube: https://www.youtube.com/watch?v=WY2Ykd9LavA