Outliers – The Story of Success 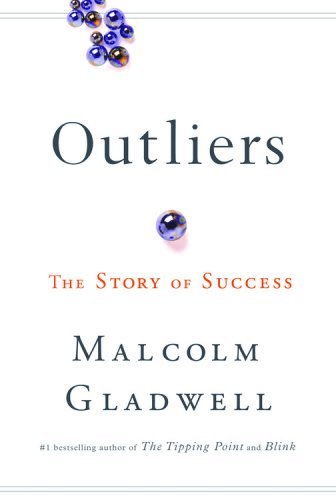 The title and subtitle of the book may lead you into thinking that this is yet another book with a recipe on how to be successful through successful people’s stories. Not so much the case.

The book does recount the story of several successful people, but puts into perspective the uncontrolled and unforeseeable environmental factors that truly propelled them to success.

One of the examples of the book is Bill Gates, who had free and unlimited access to advanced computers at walking distance from his home at age 13 in a time where almost all graduated computer scientists lacked such access throughout the United States. He accumulated so many hours, that he mastered programming at a very young age, founded Microsoft and when opportunity came he was prepared to cease it.

Recounting the stories of successful people just for the sake of learning it to know that they became successful largely due to factors you can’t control isn’t exactly useful. But Author was fortunate enough to bring this into perspective with what people should change today to increase the chances of more people becoming successful in the future.

Thinking of my past, I could identify several of such environmental factors that have shaped my future (for good or bad), and I couldn’t help but think of Oscar Niemeyer, one of the key figures in the development of modern architecture who recently passed away. While alive, he was considered number 9 of the 100 living geniuses in 2007 and was bestowed an uncountable amount of decorations and awards. People called them a genius, but maybe he was also one of the luckiest Brazilian of his time. Here is why: He was grandson of a Supreme Court Justice, was born and lived in the very best city to be lived in Brazil (maybe even south America) at that time, graduated at a very good university, met Lucio Costa, who was one of Brazil’s greatest architects and urbanists of that time, and offered to work at his office for free to gain experience. Later, had the chance to project an entire new suburb in one of the fastest growing cities in Brazil at that moment, Belo Horizontes, under the instructions of Juscelino Kubitschek who was that city’s mayor by then.

Few years later, Juscelino became President and decided to build from scratch the capital of the country, giving to Oscar the duty to project the city buildings and monuments. After that, he continued to design buildings and monuments throughout the country and the world. If he had not been born in Rio, had not come from an important family, and had not met Lucio Costa, maybe nobody would have ever hear his name. He surely had his own merits, but we can’t forsake the conditions that greatly favored him and that are non-existent for several talented architects.

The book gives you a great insight on this subject, and will definitely help you identify environmental conditions that can be changed or improved to better the odds of more people becoming successful all around. Highly recommend!