How can I differentiate Artificial Intelligence from everything else? 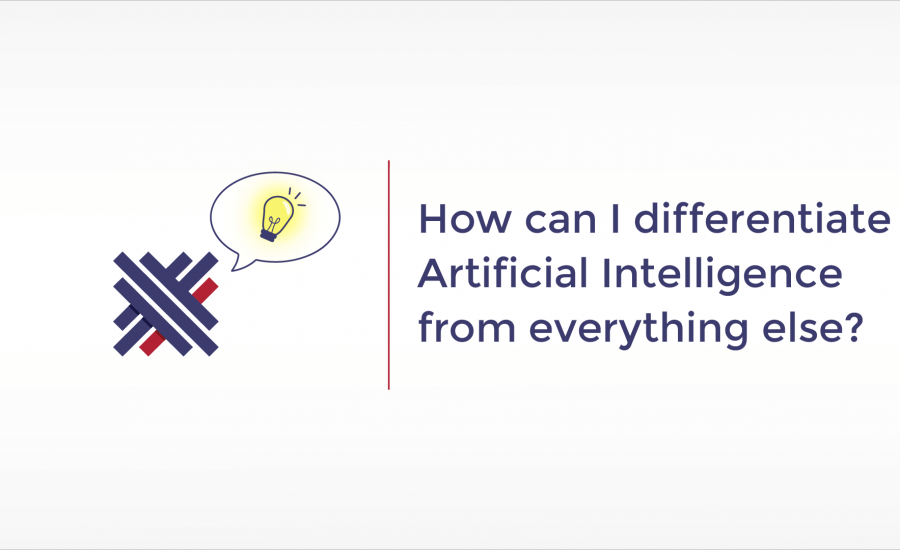 In next week’s Exponential Chats, some of the team members responsible for Amalgam’s development will have a chat about how Artificial Intelligence is defined with some practical examples and easy tips on how to distinguish AI from everything else.

It is not news that there is an AI revolution happening in the world today. Every single industry is now trying to harness the power of Artificial Intelligence to differentiate themselves from their competitors, reduce operating costs, increase profits, or improve efficiency.

Now, back to commercial applications we’ve seen several amazing innovations that are disrupting industries. Virtual Assistants, Chatbots, Sentiment Analysis, Image Recognition, and Self-driving cars are just a few ways that we’re experiencing the encroaching of Artificial Intelligence in our lives for better or worse.

The point, however, is that companies have noticed that AI is the future, and adding AI to anything they do automatically puts them in a more advantageous position in the market. With AI your product seems better, more competitive, more futuristic, and customers are willing to pay a premium for it.

This race for product superiority through AI proved to be much harder and costly than most companies were prepared for. So, a few of them started to claim Artificial Intelligence even though there are no apparent features that customers would perceive as Intelligent. That’s what we call Fake AI products. Fake AI products are either completely lacking in AI capabilities or the AI capabilities are irrelevant to the consumer.

To make things worse, there is no agreed-upon definition of what Artificial Intelligence is and most consumers are not equipped to differentiate an AI-powered product from everything else. And when a product is intelligent enough to be clearly perceived as AI, it will soon become mainstream and people will stop being impressed by it and stop considering it intelligent. This is a well-known phenomenon known as the AI Effect: people will rationalize that a manifestation of intelligence is not intelligence once they understand how it works or gets used to it.

All of that doesn’t change the fact that we need to be able to understand what is Artificial Intelligence and how to identify it wherever it may present itself.

So… here is our attempt to shed some light on this matter. How can I differentiate between Artificial Intelligence and everything else?